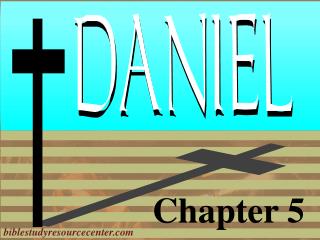 Chapter 5. biblestudyresourcecenter.com. Daniel Introduction. Deported as a teenager Nebuchadnezzar’s Dream Bow or Burn; The Furnace Nebuchadnezzar's Pride Aramaic The Fall of Babylon The Lions Den Four Beasts The Ram and the He Goat The Seventy Weeks