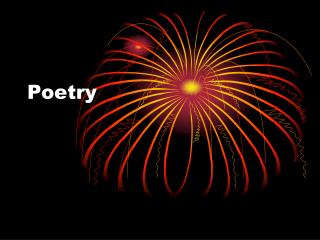 Poetry Vocabulary - . poetry. poetry is literature that uses a few words to tell about ideas, feelings and paints a