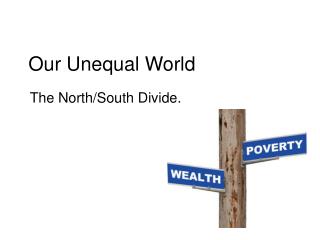 Our Unequal World. The North/South Divide. Inequality. Our world is a very unequal place. There are huge social & economic inequalities between different places. This means that many countries are rich, while others are very poor.