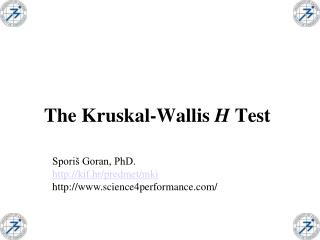 The Kruskal-Wallis H Test - . the kruskal-wallis h test is a nonparametric procedure that can be used to compare more

Kruskal Wallis - . first rank all of the data sum the ranks of each column. kruskal wallis. find the square of each r ra

Kruskal Wallis and the Friedman Test - . kruskal wallace one-way analysis of variance. nonparametric equivalent of the

John Wallis - . john was born at ashford on november 22, 1616 he became interested in mathematics after reading his