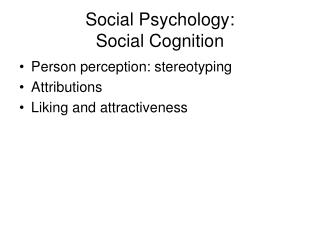 Developmental Psychology - . a branch of psychology that studies physical, cognitive and social changes throughout the

Social Psychology - . social psychology - studying the way people think about, influence and relate to others. attitude.