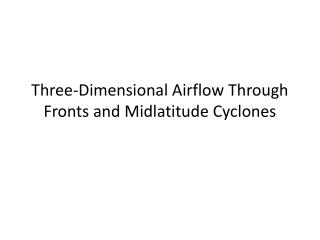 Three-Dimensional Airflow Through Fronts and Midlatitude Cyclones. Importance of Air Flows. Great insights into cyclone structures and evolution can be derived from understanding the air flows in midlatitude systems.

One-Dimensional Site Response Analysis - . what do we mean? one-dimensional = waves propagate in one direction only.

Principles of Two Dimensional Design - . the principles of composition. unity and variety balance weight and gravity

Two-Dimensional Arrays and Nested Loops - . learning goals. understand at a conceptual and practical level what is a

A 3-Dimensional Joint Interleaver for 802.11n MIMO Systems - . (other document used for this presentation: ieee