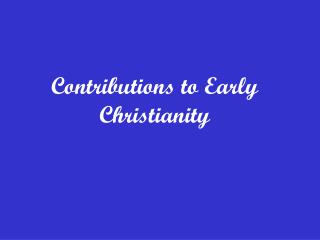 Early Strengths and Lasting Contributions of Rome - The preservation and transmission of christianity. early strengths

Essential Question : What were the important contributions of ancient Rome? Warm-Up Question : - What are two

Christianity and the Roman Empire - . 1. create a tri-fold presentation board please buy size 28” by 40”. make sure

monotheism - . the belief that there is only one god. the muslim crescent, jewish star of david, and christian cross,