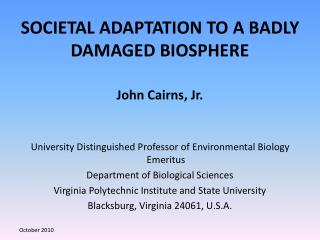 The Study of Life - . chapter 1. what is biology?. (brainstorming). the science of life. origins and history of life

Udfordringer for fagdidaktisk forskning i Norden Two Cultures in a Changing Landscape - . middelfart, 2009-05-15.

Week 2- Tuesday - . what is the meaning of the “life”? look at the items on the back desk. (masking tape, beenie