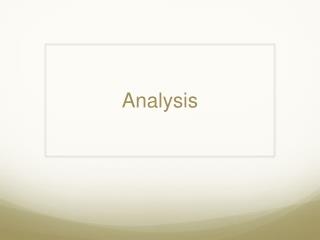 Analysis - . a way of understanding…of making meaning for clarity and significance in order to develop an idea. that

Analysis - . october 27, 2015 happy tuesday!. one-minute question. write the equation of the curve on the board.