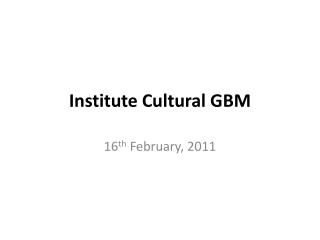 February GBM!!! - . egypt rioting . tens of thousands of protesters have gathered in the streets of cairo, egypt. they

EL-AMIN LIFE PRODUCTIONS, “Cultural Institute” - With the name allah, the beneficent, the most merciful,. el-amin