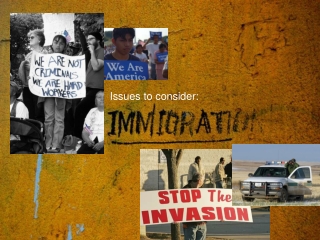 CGW 4U0 Canadian and World Issues - . unit 1 introduction. lesson 1- studying issues. an issue is a topic that has

REGIONAL ISSUES - . regional issues. overview: an opportunity to breakout into geographic regions to: meet sit down with