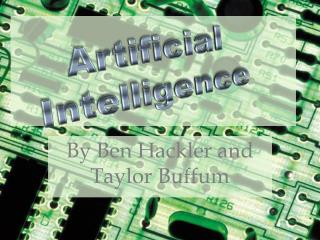 Artificial Intelligence. By Ben Hackler and Taylor Buffum. Basics. What is it? AI is computers that have the ability to think like a brain. (" wikipedia ") How much Progress Has it made?