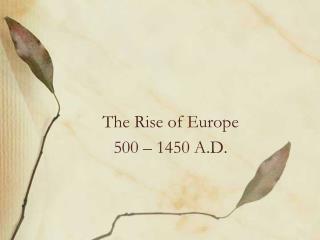 The Renaissance 1450-1527 - . unit eq: why does the renaissance mark the beginning of the modern era?. what are the