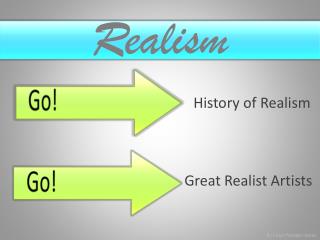 Realism. History of Realism. Great Realist Artists. By Celyn Morgan Jones. What Is Realism ?. Jean-Francois Millet "The Gleaners,". Realism is an art form that shows people in a natural state, this is why the art form is often known as naturalism.

Texture Mapping - . from redbook chapter 9 and some extra information from www.opengl.org tong-yee lee. the quest for

The FEMINIST Self - . or the gender-conflict self. charlotte perkins gilman. “the yellow wall-paper”. the

The House of Spi rits (1982) by Isabel Allende - . setting : a country in south american, very similar to chile. time :