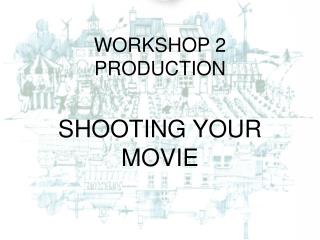 Co-production Workshop - . 21 st nov 2013. introduction. two years ago we began work to explore the benefit of

WORKSHOP 1 PRE-PRODUCTION - . steps to take before you shoot. conceiving of a project. the topic sentence – can you