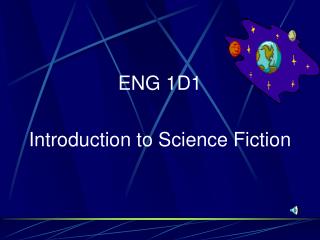 ENG 1D1 Introduction to Science Fiction. What is Science Fiction?. Science fiction is a writing style which combines science and fiction. It is constrained by what we presently regard as the basic physical laws of nature. It evolved as a response to fantasy. Sci Fi Author’s Definitions.

Fiction Day at OPS Institute - A day of fiction at ops institute. book story or life

Dystopian Literature: A Study and Comparison of The Hunger Games and Divergent - . corrie dunshee. research questions.

Introduction - . to me clarity honesty you are allowed to disagree!!. three sections. philosophical fundamentals why i

Fahrenheit 451 - . social criticism. the novel. fahrenheit 451 is a science fiction novel written in 1953 by ray