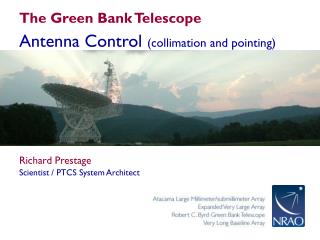 Stormwater Management: Making Sure Green Is Green - . critical link between land and water: two sides of the same coin.

Food Bank - . food bank. starting point: our cleaning company detected a big mount of food stuffs on the garbage from

Project Not Green Enough? What types of green $$$ can an owner recover? - American bar association forum on the

Green Chemistry and its Role for Sustainability - Green chemistry education: a key to sustain the development of new ...

A lecture on Radio Astronomy - . the amateur can’t really afford a large enough dish to make radio astronomy a good