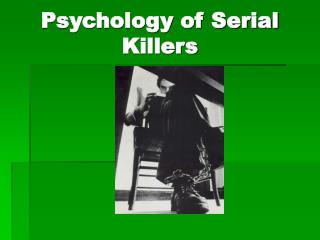 Psychology of Serial Killers. “The Mask of Sanity”.