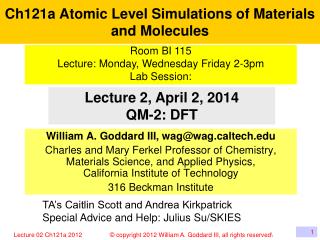 Ch. 5 - Macromolecules - . a survey of the organic molecules that make up life. a. introduction. macromolecules = large

Biological Molecules Can Have Complicated Structures - Dna protein how complicated are living things? even a bacterium

An atomic-level insight into the mechanisms of heterogeneous catalytic reduction of carbon dioxide - E . vesselli