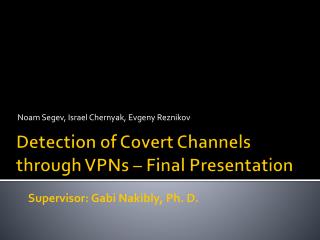 Final Presentation - . phase 6 george mason university may 14, 2003. vision. our vision is to foster a collaborative

Firewalls and VPNs - . learning objectives upon completion of this material, you should be able to:. understand firewall