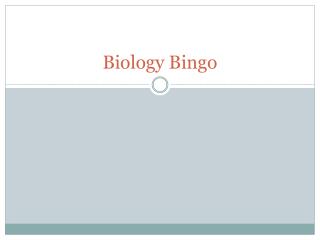 Biology: Cell Bingo - Besides the plasma membrane &amp; nucleus, what is the other section of a cell?. cytoplasm.

BINGO - . the senior class will be hosting bingo at preston day! it will begin at 6:30p in the fitness center.

BINGO - . setting up. first get a piece of paper, draw a big circle. then, divide the big square into nine small squares

Bingo - . a title of the magazine and what it suggests masthead a slogan that makes a point (tagline) first thing that

Bingo - Is a card game which has been named by analogy to the game. as all card games, bingo is also played with a deck