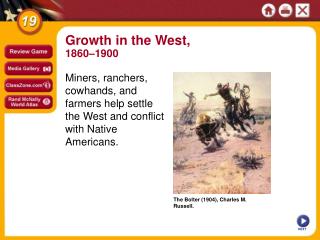 19.2 – Developing the Theory of Evolution - . there were several ( we study six) scientists who contributed or

The growth of Irish Nationalism - . the famine. after the resignation of peel in 1846, the new whig government (led by

In the Beginning… - . why study genesis?. charles m.