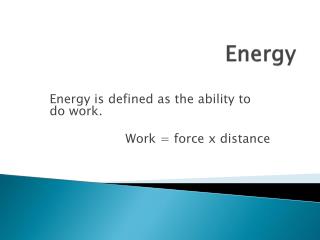 ENERGY RESOURCES - . where does our energy come from?. can energy be “made”?. the 1 st law of thermodynamics says