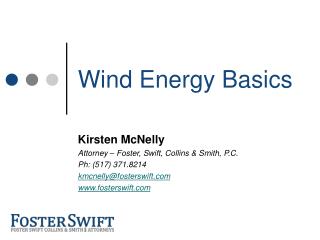 Wind Energy - . by: christian mandala, ethan rundle, and ryan smyth. how it works. wind turns the blades. blades turn the

WIND ENERGY - . by josh marre. hows it produced. wind energy is produced by windmills . windmills are essentially a type

Renewable Energy, Basic Concepts and some Solar Science - . unit 4. use policy. this material was developed by timothy j.

Conservation of utility - . there are many type of energy monitoring system in the industry, which measures mainly the