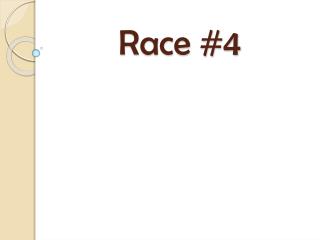 SPACE RACE/ ARMS RACE - . who were the two superpowers during the cold war?

Race? - . women’s work. … and the poor get prison. three failures in pyrrhic defeat. 1. failure to reduce crime and

Race - . the power of an illusion. what arguments was the film making about the biological basis of race? how was race

Race - . today : what is race? assignment: as you enter: write a stereotype or label on the board that you feel others