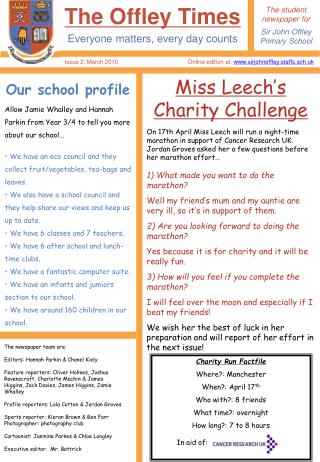 The Offley Times Everyone matters, every day counts

The Offley Times Everyone matters, every day counts It's what you learn after you know it all that counts.  John Wooden - . the learning is in the wobbles. dave meier.

JavaScript: Control Statements II - 8. javascript: control statements ii. not everything that can be counted counts, and

Raising Educational Achievement: Why it Matters, What Has Been Tried, and Why It Hasn’t Worked - . dylan wiliam ohio

COMPARATIVE CRIMINAL JUSTICE &amp; POLICING - . “not everything that can be counted, counts. and not everything

Agreement matters: Challenges of translating into a MRL - . yoav goldberg ben gurion university. why should we care about

Acupuncture for Neurological Disorders - . it matters not whether medicine is new or old, it only matters that it is