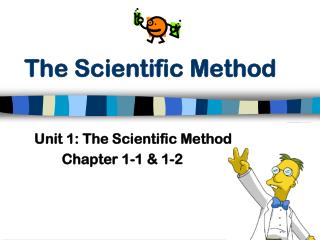 PART 1. SCIENTIFIC METHOD I. STEPS PROBLEM - always in the form of a QUESTION - Gather information 3. hypothesis –

The Simplex Method - . the geometric method of solving linear programming problems presented before. the graphical method

MID YEAR BIOLOGY REVIEW - . excerpts from powerpoints used in class (with one exception) during the first semester. blank

Biology &amp; The Scientific Method - . science - an organized way of gathering and analyzing evidence about the