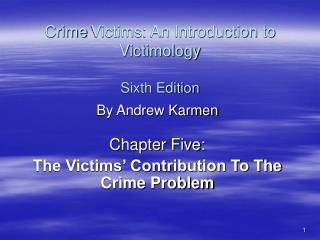 What is Victimology - . presentation to the 2009 asian postgraduate course by prof. dr. gerd ferdinand kirchhoff tokiwa