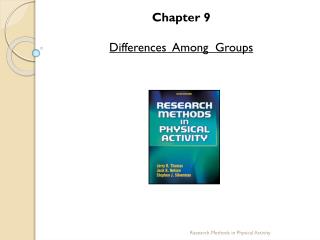 Chapter 9 Differences Among Groups. Purpose and Protocol of the Statistical Test

CHAPTER 9 - . “god, what gorgeous staff i have. i just can’t understand those who have ugly people working for them,

Chapter 9 Regression Wisdom - . subsets if the data consist of two or more groups that have been thrown together, it is