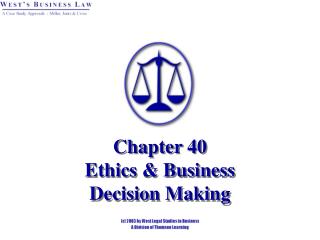 Chapter 40 Ethics & Business Decision Making. §1: Nature of Business Ethics. Ethics is the study of right and wrong behavior in the world of business; the fairness, rightness or justness of a course of conduct.