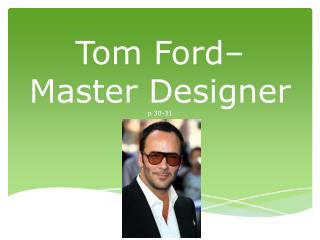 The Gerald R. Ford Presidential Library and Museum - . the ford library in ann arbor. the ford museum in grand rapids.

Chapter 8: The Master Budget - . learning objectives . how are strategic planning and tactical planning related to