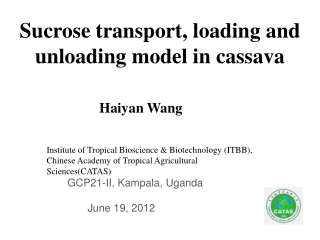 Loading and Unloading Rubber Band Discussion Points - . how can you identify from the loading graph areas where the

TIR Seminar - . example of a tir transport with partial loading and unloading. the tir carnet. when the country of