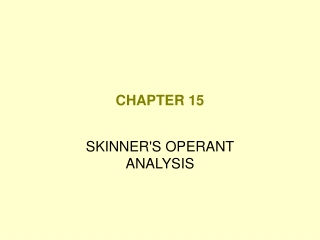 CHAPTER 15. SKINNER'S OPERANT ANALYSIS. Personality from an Operant Analysis Approach. Personality - study of unique learning history and unique genetic make-up (assuming that the person is not an identical twin) of the individual.