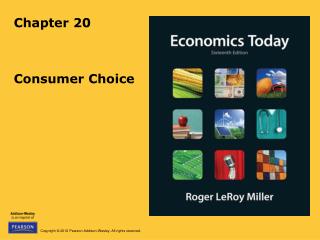 Chapter 20. Consumer Choice. Introduction. Some economists suggest that governments should ban credit cards because the use of credit cards makes consumers more satisfied until they receive their credit-card bills. As a result, banning credit cards would make people better off.