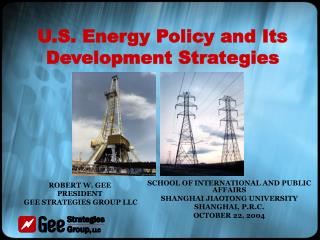 GUIDELINES FOR UPDATED NATIONAL ENERGY STRATEGY - . anicetas ignotas undersecretary of the ministry of economy of the

Energy Policy Conundrum - . dependence on foreign supplies of oil and natural gas as an “economic” and a “national

Energy Strategy of Russia for the Year 2030: Approaches, Priorities and Reference Points - . alexey gromov phd in