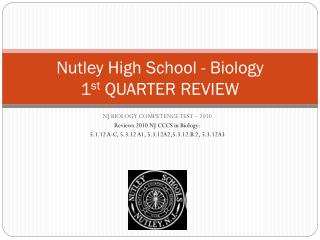 SNC 2P Biology Review - . diffusion. fill in the missing words: diffusion is the movement of molecules from an area of

The Human Genome A Review - . dr. howell biology i blacksburg high school. look at diagram a below. what process is

AP Biology - The challenging and exciting world of…. ap biology. what do you need to know? how to get there?. ap

AP US History 4 th Quarter Review - . part 1. the great depression – question 100 part of the reason for the stock

Sandra Nutley smn@st-andrews.ac.uk - Connecting evidence, policy and practice in an era of austerity, complexity and