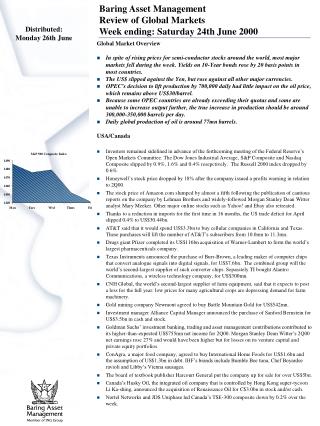 Global Market Overview In spite of rising prices for semi-conductor stocks around the world, most major markets fell during the week. Yields on 10-Year bonds rose by 20 basis points in most countries. The US$ slipped against the Yen, but rose against all other major currencies.

Wound Care Market Overview, Size, Analysis and Growth till 2022 - The wound care market is growing due to increasing Perimeter Security Market - Overview And Forecast, 2014-2025 - The market for the global perimeter security systems is