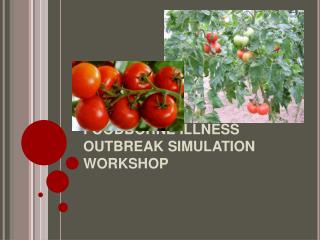 FOODBORNE ILLNESS OUTBREAK SIMULATION WORKSHOP. Introductions. Expectations. Everyone will be working together in their respective groups Each group will have different issues to address and deal with Overall the goal is for the group to work together through a crisis situation.

A Hybrid Approach for the Automated Finishing of Bacterial Genomes

Foodborne Disease Outbreak Investigation Team Training: - . burden of foodborne diseases. in the last year, how many of

Mahmoud Ghavi, Ph.D. Professor and Director of The SPSU Center for Nuclear Studies - The impact of a pc based plant