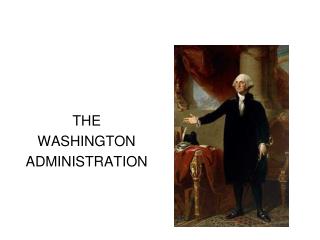 The Federalist Era, 1789-1801 - . under the new constitutional government, the federalists dominated domestic and foreign

Thomas Jefferson and Alexander Hamilton - . an comprehensive and insightful look at the differing natures of two of

Washington &amp; Adams Administration - . reasons behind the formation of political parties and their effect on

1789-1797-President George Washington - . by: alyssa siano. before washington's presidency. served as the commander of

Aim: How was the first national government organized? - Hw # 19: aim : how effectively did the washington administration

Family Preservation Services Billing and Payment - . …or…. “everything you ever wanted to know about billing…but