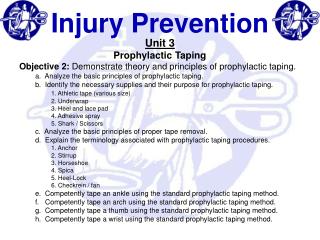 Designing and Implementing Surveillance Systems in Indian Country - . introduction. introductions. who are you? where are

Chapter 14 - . injuries to the tissues. oa 10.21. differentiate between a primary injury and secondary injury.