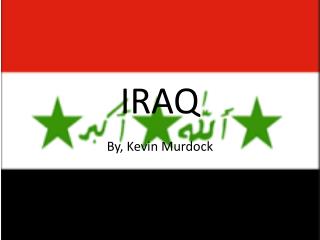 IRAQ. By, Kevin Murdock. Iraq Currently. As of October 2009,the United States has about 130,000 combat forces in Iraq. The Official word is that as of August 2010 our combat mission in Iraq will end and the number of US soldiers in Iraq will be roughly 50,000. Iraq retakes Tikrit - Iraqi troops have driven islamic state out of central tikrit, but the fight to retake all of saddam