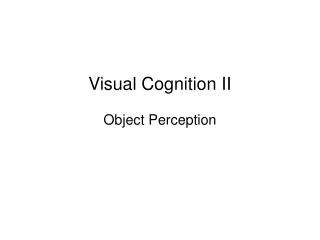 Visual Cognition - . if we had the sensory apparatus of some other of the earth's organisms, 'reality' would seem quite

Face Perception II. Visual Imagery - . is face recognition special?. arguments have been made for both functional and