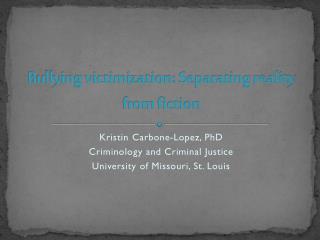 Bullying: What’s New and What To Do - . national crime prevention council 2006. objectives. to identify and understand

The Examination for Professional Practice in Psychology EPPP: Separating Myth from Reality - Primary aim of the

5th Grade NO Bullying Posters - . no bullying. srs - no more bullying. people that are bully stop. thats how it feels