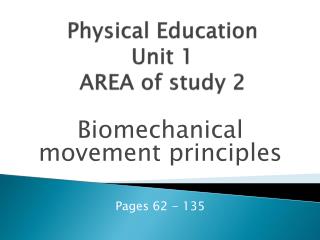 Unit 3 Area of Study 2 - . how do people learn and remember?. part 1 - neural basis of learning and

Area of Study 1 - . chapter 1: law in society. differences between legal and non-legal rules. rules tell us what we can

AREA OF STUDY 2 Physiological responses to physical activity - In this area of study, we are going to : explore the

Area of Study 2: - . minimalism objectives: 1. to analyse the piece according to melody, harmony, instrumentation,

Area of study 2 - Year 11 revision . area of study 2. listen/ watch all of the youtube videos answer all the questions

Area of study 2 - . how old is that fossil?. fossils tell us what kinds of organisms lived in the past, but how do

UNIT 1 – area of study 2 Biomechanical movement principles - . balance . equilibrium. when we talk about an object