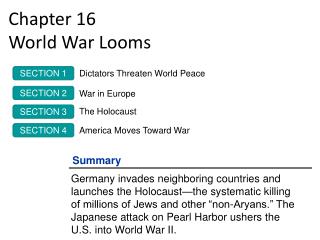 World War II Erupts - . chapter 16 notes. objectives:. how did the aftermath of world war i contribute to political