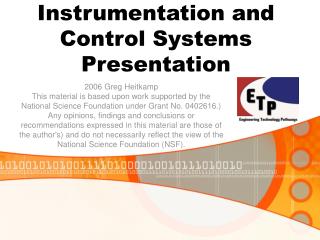 Instrumentation and Process Control - . fermentation systems must be efficiently controlled in order to optimize

Systems and Control - . what is a system?. a system is a set of devices or things which are connected and work in