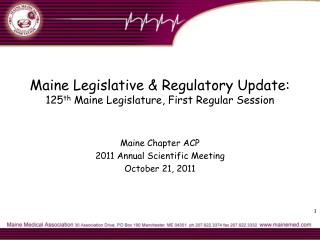 Travel and Tourism in Maine The 2004 Visitor Study Management Report - Prepared for the: maine office of tourism july 14,

From FBA to BIP - . jim artesani, ed.d. university of maine. review of fba. who. purpose define the behavior of concern (

Restorative School Practices of Maine A Program of the Restorative Justice Project, Belfast, ME - . helping to create

Utah Valley University New Age Procurement - . some positive changes have been made. why?. update to state code. why code