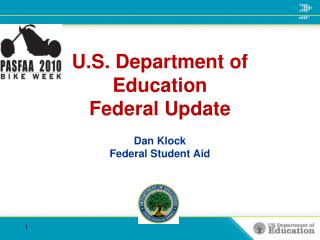 Department of the Navy DON Business Transformation Update “The Role of OMB A-123, Appendix A (Federal Version of

Federal Legislative Update: The Outlook for Federal Education Issues in this Election Year and Beyond - July 27, 2012.