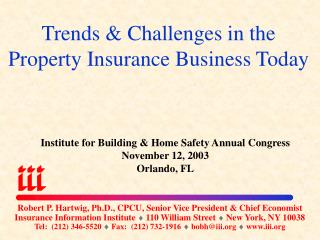 Insurance Programmes at UNISA’s Centre for Business Management Presentation to Where to from here? with Insurance - Ute

Insurance for Consumer Protection - . what every agent should know. insurance basics for real estate licensees. risk

Financial Crisis and the Future of the P/C Insurance Industry Challenges Amid the Global Economic Storm - . northwest