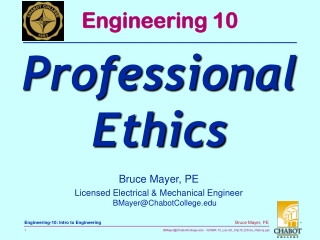 10. Engineering Anthropometry - . anthropometry. what is it? study of human body dimensions, inclusions of data on human

Sanitary Engineering Lecture 10 - . pipes materials and loads. materials used for pipes: sewers are made from: concrete

Top 10 Engineering Institutes in India - Get all the details about the upcoming engineering jobs. grab the job that suits